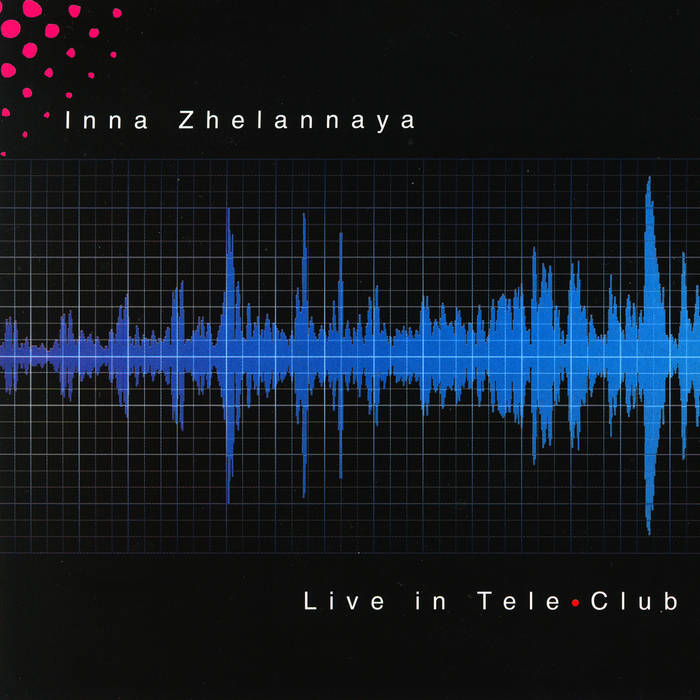 Recorded and filmed at Tele-club (Ekaterinburg) on March 28, 2010

Folk songs from different regions of Russia are collected in this album.

Inna Zhelannaya is one of the most famous voices of the contemporary Russian ethnic scene. Her rise began in 1989 when she began her cooperation with the rock band "Alliance". At the same time, she was carried away by folk songs and melodies which she was introduced by the famous Sergei Starostin.

On the 1991 album "Made in White" for the first time Inna began writing her own songs: "Only with you", "Further, further", "To the sky" and "Sister my night". In 1994, the album received the Grand Prix of Radio France in the category "Best pop and rock music in the East", and "Alliance" performed at a giant concert of laureates in Paris.

The next Inna collective, called "Farlanders", was created with the participation of the musicians of "Alliance". The music of this collective does not lend itself to the usual genre definitions. It combines elements of different directions of rock, Russian folklore, and other ethnic traditions. From the most high-profile concerts of the band, it is worth noting performances at the opening of the Olympic Games in Atlanta, the WOMEX music forum (Stockholm), in a concert of European festival stars in Sopot. The concert of the band in Wuppertal (Germany) in October 1999 was included by the German music magazine FolkWorld in the top ten concerts of the year.

The recordings that Inna Zhelannaya and her team produce are diverse. There is the concert format ("Moments", 2000), and acoustics ("Dance of the Shadows", 2002 - Sergei Kalachev wrote music here for Inna's texts), and a work based entirely on Russian folklore ("Fiction", 2004).

One can not but note the studio and concert experience of Inna And The Farlanders with Western musicians, including Marie Boyne (Norway), Pat Mastellotto and Trey Gunn of King Crimson (USA).

After the jubilee concert in the Central House of Artists, dedicated to the tenth anniversary of the group, Inna Zhelannaya leaves the team to create a new project. In the summer of 2005, the work on the joint album of Inna Zhelannaya and the group "Maleriya" "77RUS" was completed. The album consists of Russian songs of the Tver region, the original material is provided by Inna Sergey Starostin from his own archives. According to the musicians themselves, the style of this album should be referred to as "ethno-electronic grunge".

By the end of 2006, Zhelannaya is assembling a new team. She still works with Russian folk material, but now in a slightly different direction in music, besides traditional guitars and drums, use computer technology, electronics, samples. The presentation of the new program in the performance of the new group was held in early February 2007, and some of its compositions were presented a few days before at the festival "Ethnosphere. Russian Sessions 2006/07 ».


Great thanks to Oleg Kumysh

Inna Zhelannaya was the first world music star in Russia. She was the founder of the group "The Farlanders" which performed in hundreds of prestigious festivals in throughout Europe, Asia and the USA. She has been releasing solo records since 2000.

Bandcamp Daily  your guide to the world of Bandcamp